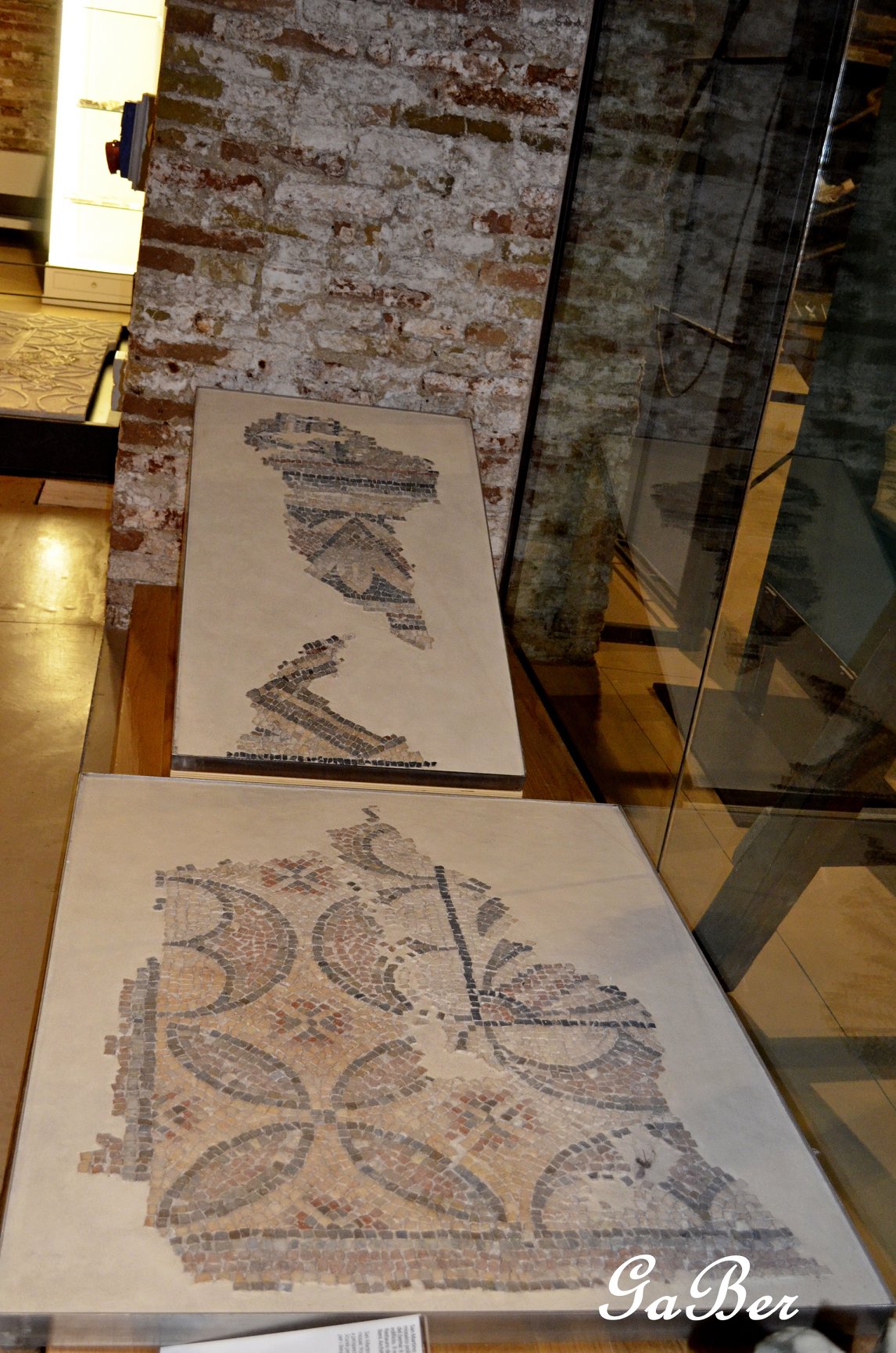 The Church of San Martino prope litus maris was built around the mid-6th century a short distance from the ancient coastline, as its name suggests; nevertheless, there is no certainty that it was dedicated to Saint Martin from the beginning.

The building of worship, facing East-West, was a Latin cross shape with polygonal shaped apse on the outside, probably heptagonal, and semi-circular on the inside; a portico flanked both sides of the religious building. The church was about 38 metres long, even if the walls of the façade have not been recovered and the plan of the church can be deduced by the remains of the mosaics left on site and from the spoliation pits of the original walls.

At the centre of the building there was the solea, a long rectangular corridor that began from the central nave and went inside the bema, the place reserved for the clergy during religious functions. The quadrangular shaped bema terminated in the apse and could host the altar, the episcopal chair and seats for the concelebrants. Solea and bema were generally enclosed by plutei and barriers in marble supported by columns.

The church was paved with magnificent mosaic panels of different dimensions that adapted to the articulated spaces of the nave and to the regular surfaces of the arms of the cross. Some mosaics were preserved in large portions: two long and narrow panels correspond to the corridors next to the bema – the right one is on display here – two rectangular shaped panels were next to the solea – the left one is proposed here - a panel was in the central corridor in front of the solea. Another six rectangular panels probably paved the perimeter area of the nave, of which no trace remains, like that of the paving of the apse. The polychrome decoration of the panels shows a geometric composition interspersed with dividing frames, to form an effect of continuity in the mosaic carpet of the entire church. 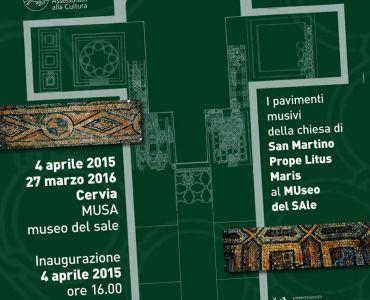 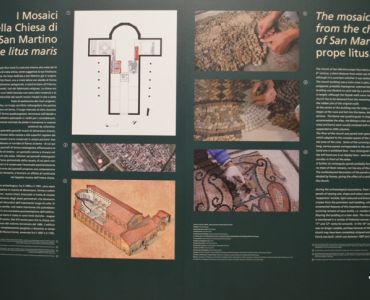 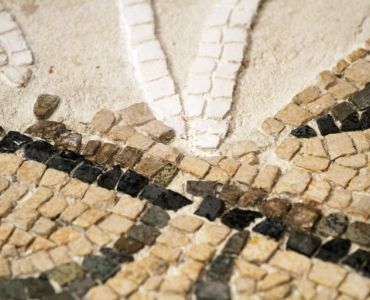 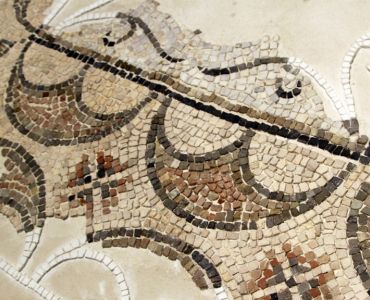 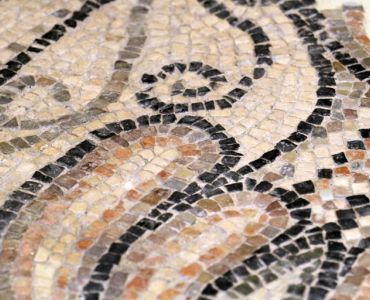 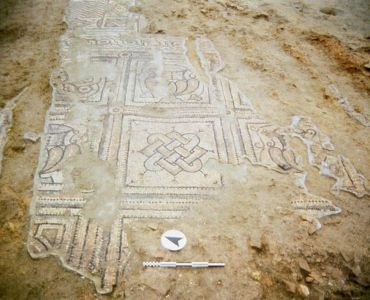 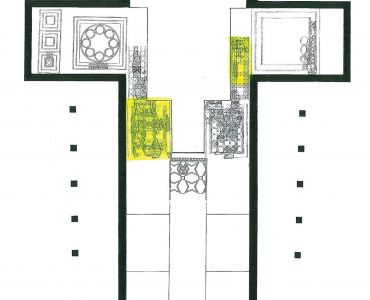 During the phases of archaeological excavation, between 1989 and 1991, numerous marble slabs of different dimensions, shape and colours were recovered (porphyry, serpentine marble, light-coloured marbles, rubble marble): they are marble crustae that belonged to the cladding of the perimeter elevations, which had to further enrich the decorative apparati of this important place of worship. Remains of opus sectile, namely marble slabs that could have been used in a subsequent paving of the building, are also preserved.

The Church of San Martino prope litus maris is mentioned in various historical sources – maps and documents – starting from the 11th and 12th century. In the 16th century, it seems that the church was no longer accessible, perhaps due to the violent earthquake of 1484. The religious building could have been completely stripped and demolished at the time of the construction of the New Cervia, between 1697 and 1705.

The mosaic corresponding to the sector on the right of the solea has a motif with braided frame and carpet with panels including knotting of various type alternating with panels with kantharoi (large jugs with handles on tall pedestal foot). The mosaic was restored by the Fondazione Ravennantica – Parco Archeologico di Classe, for the archaeological exhibition Felix Ravenna. La croce, la spada, la vela: l’alto Adriatico fra V e VI secolo, set up in Ravenna in the San Nicolò complex in 2007.

The mosaic corresponding to the corridor placed on the right of the bema has a motif with double line frame, motifs in small crescent shaped shields and four-petalled flower in the corners, the frame delimits a motif with large panels variously decorated inside. The mosaic was restored during the 1990s by the Scuola per il Restauro del Mosaico di Ravenna (Superintendence for Architectural and Landscape Assets of Ravenna).