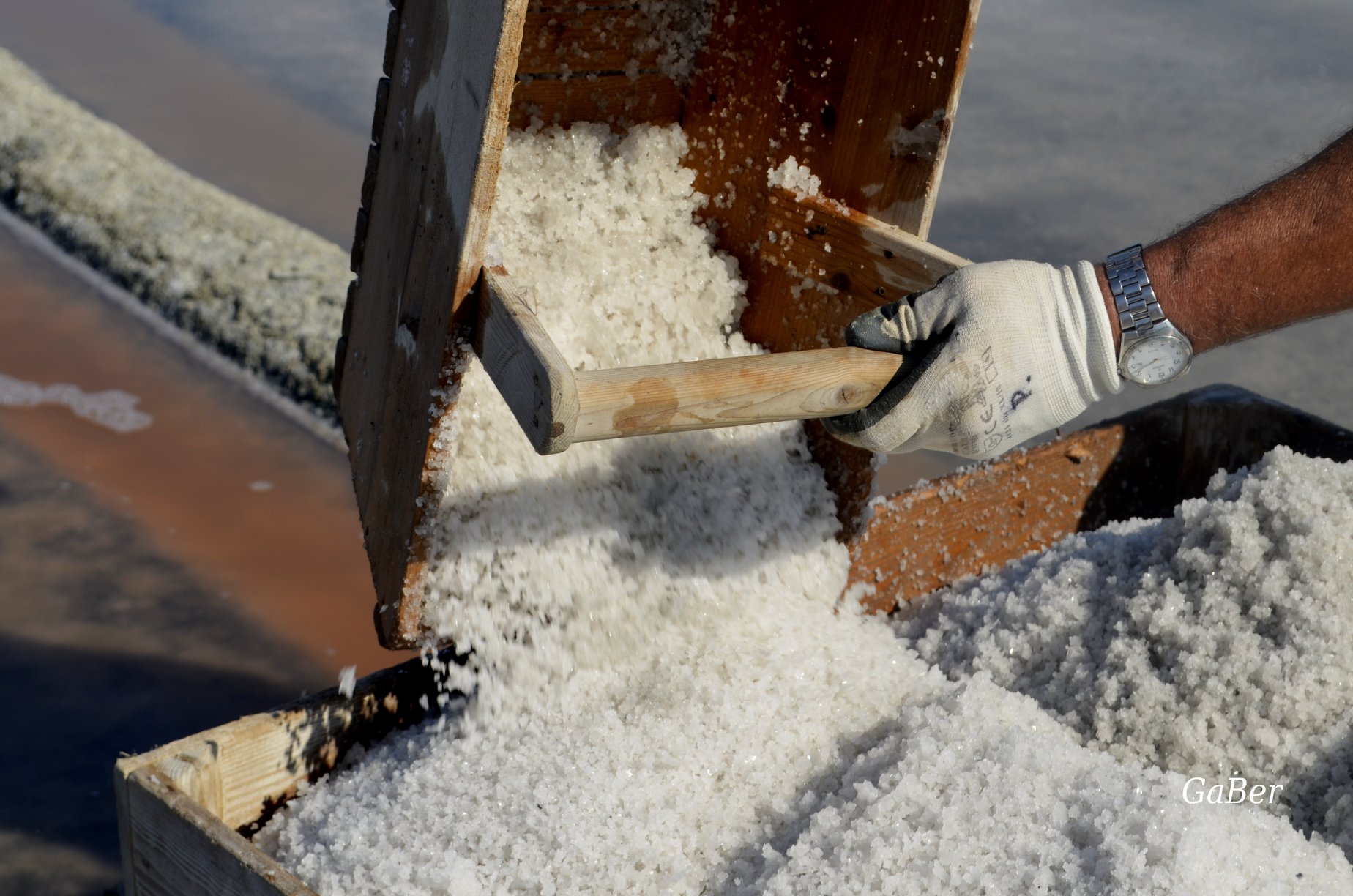 The wheelbarrow (e cariòl) was built of wood, with the wheel in the shape of a cylinder and long poles. In the upper part there was a box (casèta). The tool was used to bring the salt from the salt basins (cavedini) to the threshing floor (tomb), where the piles of salt (mont dè sél) were formed. Valley rush mats (sturì) were placed on the mounds to protect the salt from rain and dust. The mats were fixed with wooden pegs (piron).

The balance (stadera-blanzòn) is a very large instrument for measuring salt. It was mounted on a support castle. It contained up to 1 quintal of salt.

The gottazza (zòran), supported by 3 vertical wooden poles with a height of about 3.50 m, is the only tool that in ancient times was used to transfer large quantities of water from the lower salt basins to the higher ones.

The small gottazza (zurnèt) is a sort of large wooden spoon, which was used to maneuver modest quantities of superfluous water and transfer it to the higher basins.

The sickle (ferrone-fròn) could be of two different sizes. It was used to cut the grass that grew in the seawater distribution channels. It was usually used by 2 people.

The saw (sgòn) was used to cut the poles and boards, which were used for the construction of the banks of the threshing floors.

The cotice (cotg) is an oak wood cylinder, about 1.30 m long and about 32 cm high. It is lined with grooves that are used to make the basins cylindrical and to make the bottom of the salt basins compact and smooth.

The small rind (cutgèna) is a cylinder without grooves and smaller in size than the cotg. This is also used to make the basin bottoms more compact and smooth.

The paniera (panìra) was used by the quarrymen to transport the salt accumulated near the small banks of the salt basins. In ancient times it was built in woven wicker, then it was used in wood.

The shovel (pèla) is a concave shaped birch wood tool of various sizes, used to remove the muddy mud from the surfaces of the tanks and for other works.

The small shovel (palunzèl) is a wooden tool, rectangular in shape of various sizes and is used for various jobs: repairing the embankments and "rods"; salt accumulation, loading and unloading. It is an indispensable tool in the artisanal saline and replaces the shovel, not suitable for this environment.

The gavaro (ghèvar) is a tool made up of a shingle of various sizes, with a long handle consisting of a long wooden plank fixed perpendicularly to the center. It was used to move the salt in the salt basins, to level and accumulate the salt, which was pushed under the embankments. There are different types of gavaro:
1. the thinnest gavaro (and ghèvar from dèzocrosta) is a wooden ruler, placed transversely on a long rod, used to “break the crust of salt”;
2. the medium gavaro (and ghèvar da smovar) is used to prevent the formation of salt slabs, to "move the salt";
3. the larger gavaro (and ghèvar da spenzar) is used to "push" the salt and to accumulate it along the embankments of the salt basins and thus allow its collection.

The nozzle (bucheta) is used for closing and opening the boxes for the movement of water in the artisanal salt pan.

The forabuchi (furadur or forabus) are sticks of various sizes, pointed at the ends, which were used to drill holes in the embankments for the distribution of water in the various basins. They were used in a particular way to open the feeding holes from the "servitors" to the salt basins.

The checker is a wooden tool to beat and make the embankments compact.

The hydrometer (and pruvet) is an instrument for measuring the Baumé (Bé) degrees of water.

The corbella (curbèla) is a basket in woven wicker or wooden slats that contains 20 kg of salt. It was used until the early 1900s as a unit of measurement. It was branded and calibrated every year. The original measure, in copper, was kept at the offices of the Saline Management. 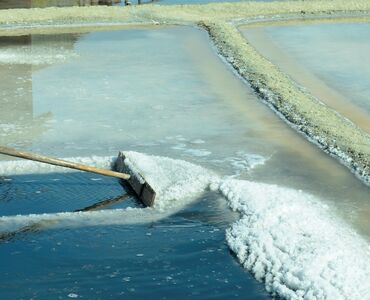 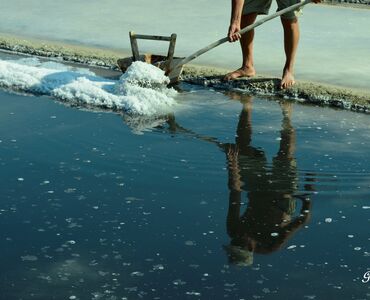 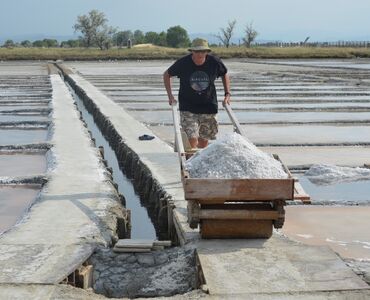 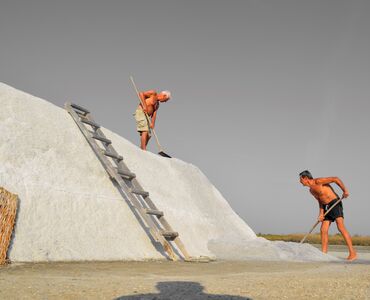