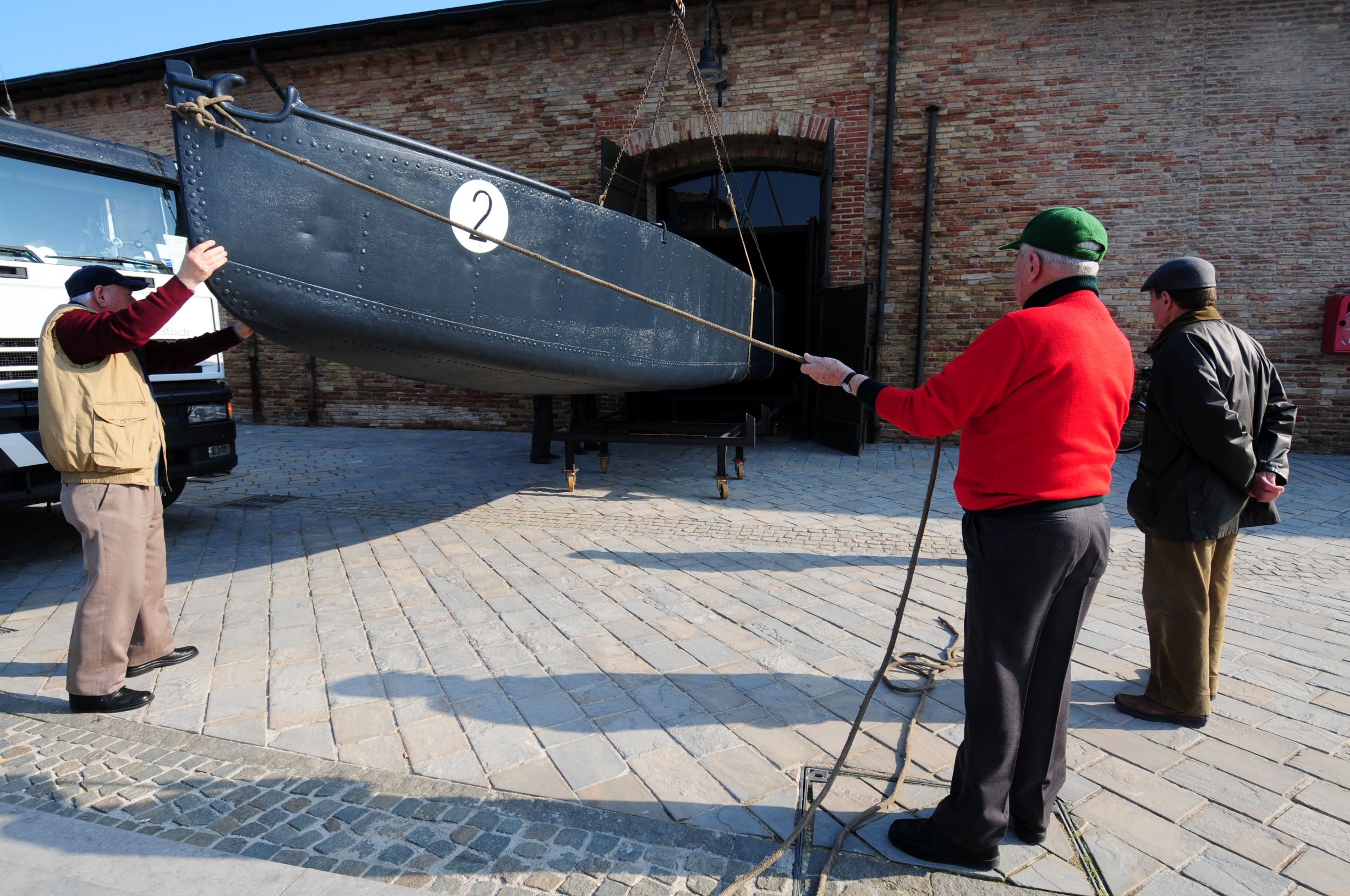 A flat-bottomed boat suitable for navigating in shallow waters, used in the salt pans of Cervia until the 1960s to transport salt.

The name comes from Venetian “burchio” with which it shares the flat bottom, the commercial use and, in some situations, towing from the canal bank. Venice has had a great influence on the area of Cervia, especially from the 1300s to the 1500s. It is probable that at this time, the burchiella made its appearance and took its name, but the boat differentiates itself from the Venetian burchio for several things. It is smaller, has no eyes, sails or cabins. The burchiella has always been much basic and with an identical bow and stern, to be more manageable in the narrow canals of the salt pans in which, at times, it was not possible to make the boat turn 360°.

Created to transport salt, the burchiella was also used to transfer other items, such as building material for construction of the new town and corpses in case of funerals.

The first burchielle were made of wood. From 1927 approximately, they were replaced by burchielle in iron more resistant and less subject to maintenance. Since 1959, year of transformation of the salt pan and of the type of production that became mechanised, the burchielle were no longer used and sold to obtain the iron value.

Once the salt produced during the salt season was loaded, the burchiella moved towards the warehouses with the strength of the arms of one or two salt workers who dragged it from the canal banks while one on board guided it with a long oar. It could transport up to 10 tons of salt. 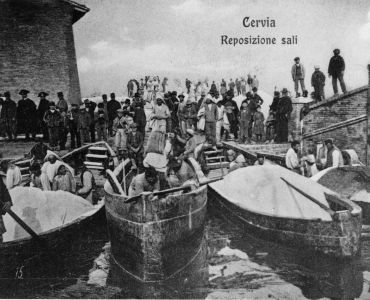 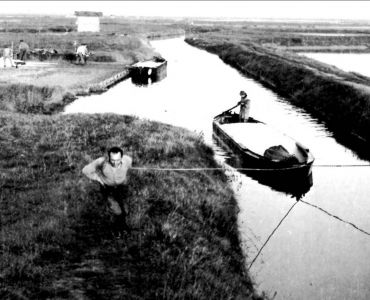 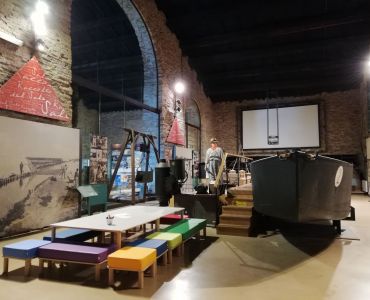 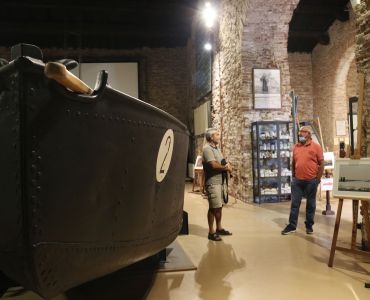 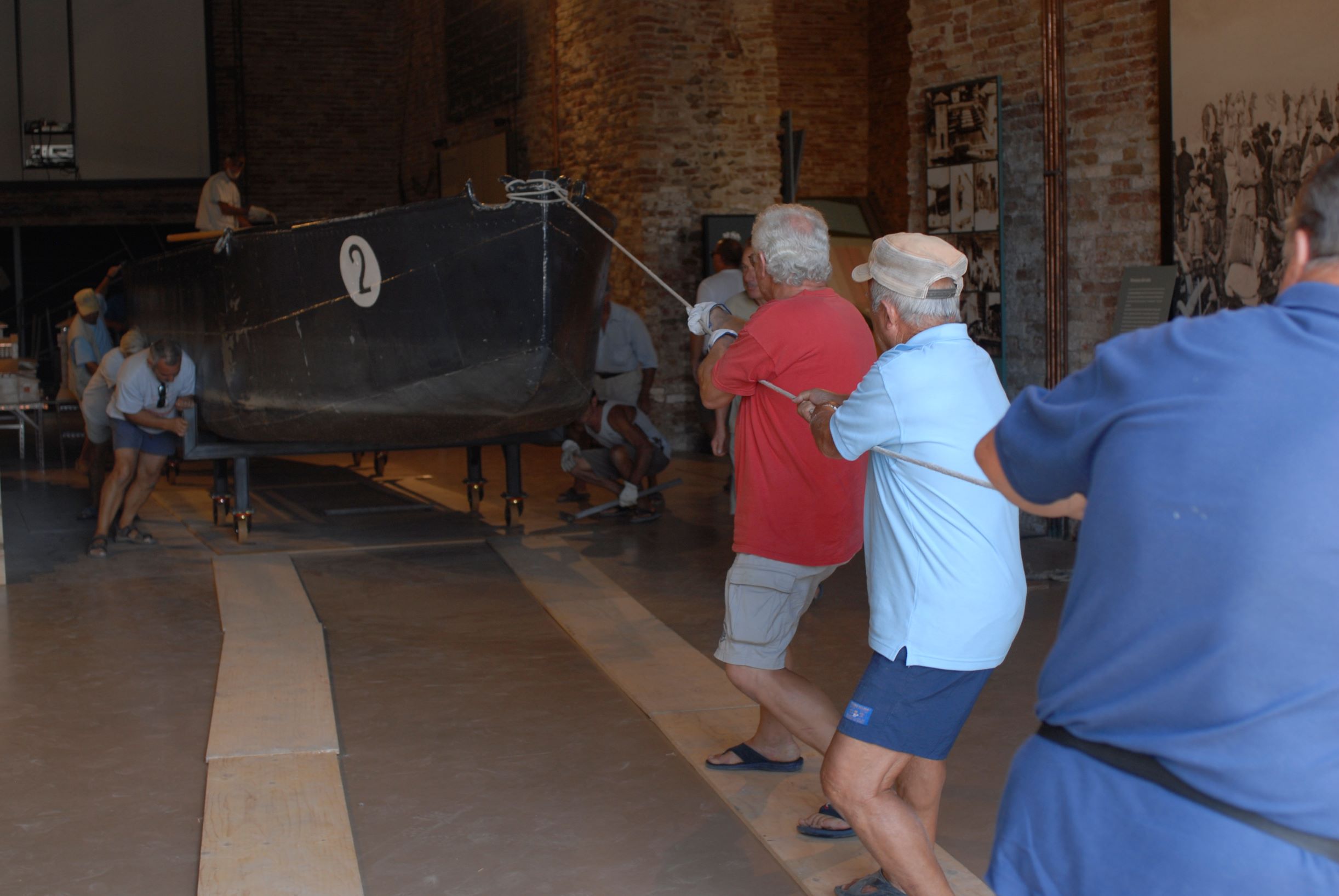 Today, only one original burchiella in good condition remains, on display inside MUSA. It was purchased in Governolo, Mantua, in 1997. From 1997 to 2010, it was used every year to re-enact the ancient salt storage activity. It left the museum to take part in the event and returned when the festival was over.

Following the need to restore the burchiella the beautiful studded structure under the first layer of sheet metal is discovered. At this point, considering that the burchiella could not be repaired without concealing the original structure, with the contribution of the Banca Popolare di Ravenna a new burchiella was made, based on the original designs of 1925.

The new “old” burchiella was launched in September 2010 and this was its first participation in the Sapore di Sale festival. Since then, the new burchiella is used to re-enact the salt storage activity and, during the Christmas period, it hosts the nativity scene on the water of the port canal. The original burchiella remains visible inside the museum. 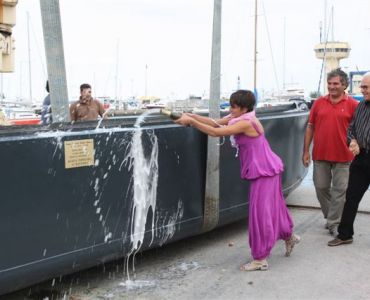 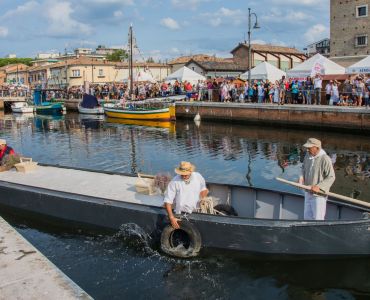 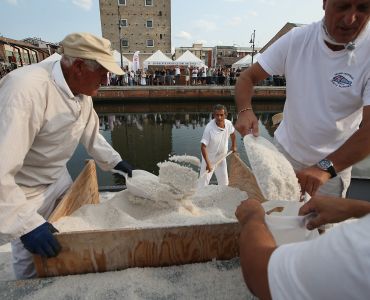 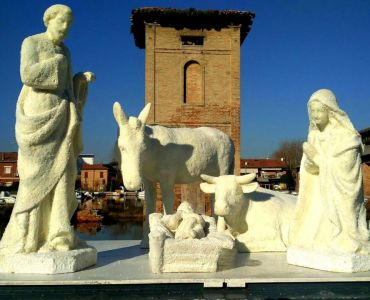