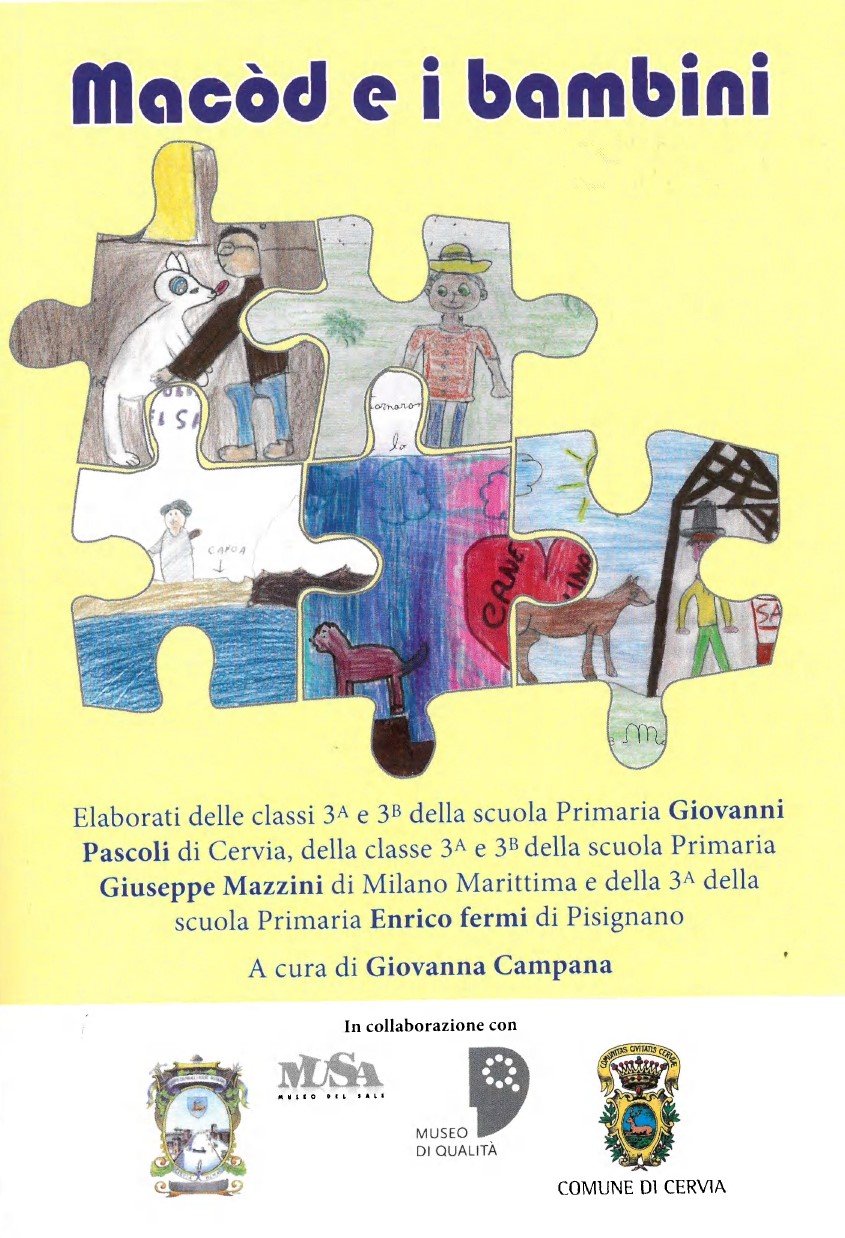 Every year MUSA, the Cervia Salt Museum, proposes to the third grades of primary school with the initiative "A Scuola con i Salinari" a educational course on the salt civilization to transmit memory of Cervia's salt origins, to understand the landscape and its conformation and the ancient craft of salt-making, but also to help children understand the history of the city and train them for their role as active citizens.

During the 2018/19 school year, within the educational course, a new activity was included in the programming that led to the production of some stories and drawings by the pupils. The volunteers of the Salinara Civilization Cultural Group told the children a story of the salt tradition, leaving them free to reinvent the ending. The story is “E 'cagnin di saliner”. Each of them told a different conclusion by accompanying the narration with illustrative drawings. From the material collected, rather full-bodied and very beautiful, a publication entitled "Macod and children" was born to be given to the children of the classes who worked and contributed to its realization, to the teachers who participated in guiding and following the work, to the school managers and to the libraries of the school complexes of our municipality, as well as to the library of Cervia.

The publication was presented in a web meeting in the presence of the councilor Cesare Zavatta, the school administrators, the director of MUSA - Annalisa Canali, the teachers who collaborated, the volunteers of the Salinara Civilization Cuturale Group who work on the project and who financed the publication.

Due to the pandemic situation, in the last two school years the "At school with the salt workers" initiative was suspended, but will resume with even more vigor from the next year.

"It is really suggestive that today's children meet our salt workers and understand the importance they had for the history and development of our city - declares the councilor for School and Culture Cesare Zavatta - The irreplaceable role of the school in the process of acquiring civic sense is also testified by initiatives like this one.

This book was born, which testifies the enthusiasm and passion with which the children joined the project, giving free space to their imagination ”.