“Camillone”, the story selected at the IBC competition “Scritto in un Giardino” 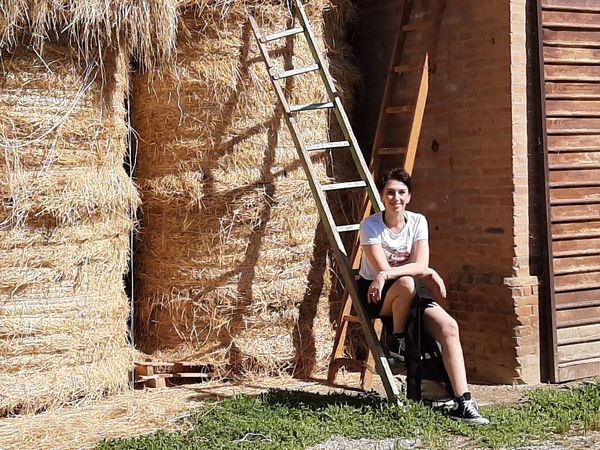 “Camillone”, the story selected at the IBC competition “Scritto in un Giardino”

The artisan salt pan of Cervia, personified in a story by Alessandra Bollini, gives a few insights into its long life. Thank you Alessandra!!!

“Vivi il Verde”, an initiative of IBC Emilia Romagna set up in 2014 as a project to enhance the local parks and public gardens, also launched the literary competition “Scritto in un giardino” (written in a garden) this year. It is aimed at awarding and enhancing stories in which trees, plants, or architecture present in local parks become recognisable protagonists, even if only as a narrative background.

“Camillone” was selected from 80 participants and judged by the commission among the top 5 stories. It will be inserted into the publication that IBC plans to produce shortly.

It is an exciting story, rich in nuances and empathy which personalises the artisan salt pan of Cervia, open-air section of MUSA, in a somewhat gruff and romantic old man, who “…. has overcome who knows how many devilish acts of history. Wars of all kinds, from those with swords to those with musket shots, in which he protected from hunger, hosted displaced families, and made countless wounds burn, looking after them”. He has seen the lives of many people pass by. Camillone knows how to recognise the effort and passion of men, sense and keep secrets. “He is a romantic, after all. He has seen and heard everything under the sun but not a single secret has escaped him for centuries…” An elderly man who “…When the clouds allow it, shows off breathtaking sunsets, with the dark shapes of the flamingos and the mountains of white salt. A mirage of snow in the height of summer...”

During a visit to the Camillone salt pan on the occasion of the exhibition at MUSA “Cervia improvvisata” Alessandra Bollini, a tour guide and passionate about literature and writing, was inspired for this beautiful story entitled “Camillone” who has introduced and accompanied the exhibition of the artist from Ravenna Luca Mandorlini at the salt museum of Cervia. Given the charm and general appreciation of the story, Alessandra entered it into the competition of Vivi il Verde “Scritto in un Giardino” achieving this important recognition.

“Camillone” is featured along with 3 other stories in the “Scritto in un Giardino” section of Radio Emilia Romagna and was interpreted by the voice of Marzio Bosso of the association “Legg’io” with musical background by Federico Mecozzi – “Awakening”. You can listen to the story at page

MUSA, the salt museum of Cervia is delighted about this lovely gift and congratulates Alessandra.

Alessandra Bollini was born in Ravenna in the spring of 1981. She has a degree in Conservation of Cultural Heritage, with specialisation in the Middle Ages, and is a licensed Tour Guide for the Region of Emilia Romagna. She divides her time between a white office and many variegated, antique and contemporary mosaics.