A new section is born 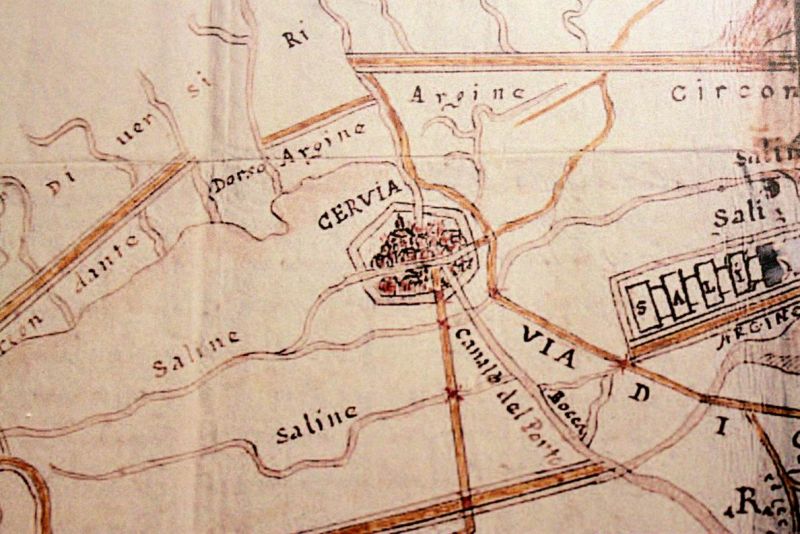 Opened on 10 May 2013, this section of the museum intends to complete the first museum itinerary realised in 2004. This adds another step to the cultural goals of the museum.

The large panels that form a cross-shaped corridor offer a journey into the history of the town through topographical maps, drawings, watercolours, postcards, nautical charts, pilot books, plants and sections of buildings, designs and prospectii, design proposals. They tell us and show us a developing territory from the old town in between the salt pans to the relocation to the sea, to tourist development.

The itinerary continues following the internal sections of the petals, which appear to create a flower at the centre of the hall. Several important themes of local history are developed here.

In the petal dedicated to archaeology, there are references to the most important findings on the territory, namely in 1989 the remains of the Basilica San Martino Prope litus Maris, and the discovery of the early medieval ship found in a sand quarry in the Savio zone during excavation work in 1956. The panels of the first petal highlight the images of the moment of the finding. The anchor, the container in bronze, remains of planking and frames are found together in a single display cabinet. 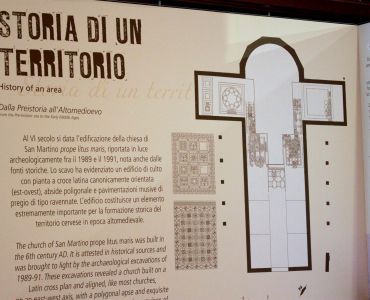 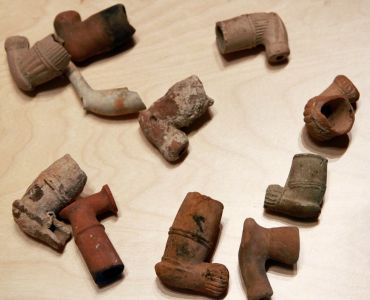 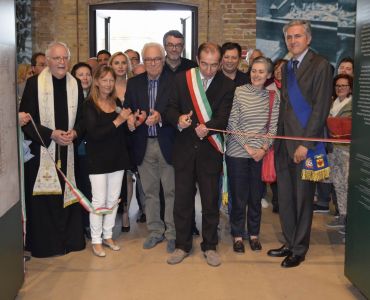 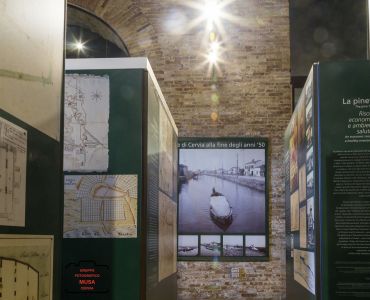 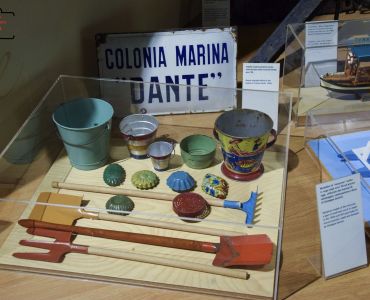 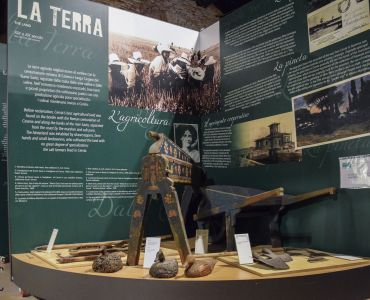 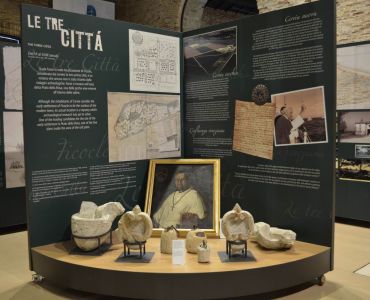 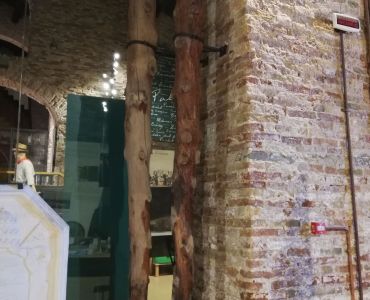 A second petal is dedicated to the settlements of Cervia. You pass from the myth of Ficocle to old Cervia, to the new town literally taken down and newly constructed in the current site starting from 1698. In this section, we find the portrait of Bishop Riccamonti, a Benedictine Monk, bishop of Cervia from 9 April 1668, and at the bishop’s seat during the period of relocation of the town.

On the wooden platform close to the large window, there are ancient pine poles that were part of the port piling found during the excavation for sewage works in 2010. The poles could be from the late 1600s used to reinforce the barrier of the port canal. Always on the same platform, we find the coat of arms of Pope Innocent XI who prompted the construction of the first salt warehouse of the new town and of the tower of San Michele.

Another petal is dedicated to the land. Here we find reference to the development of farming in Cervia on reclaimed land in the early 1900s. On the shelf of the petal the tools of the wheelbarrow operators (wheelbarrow and shovels), of the woodcutters, of farming and of fishing in the valley.

In the fourth petal, there are elements that witness the connection of Cervia with the sea, initially only salt trade route, then evolved into a tourist attraction. Here we find equipment used in fishing, and in navigation, but also old tin buckets and spades of the early 1900s, toys for kids on the beach and the terracotta pipes of the sailors.